007: Relationship with Christ, Conferences, and wrapping up the Synod 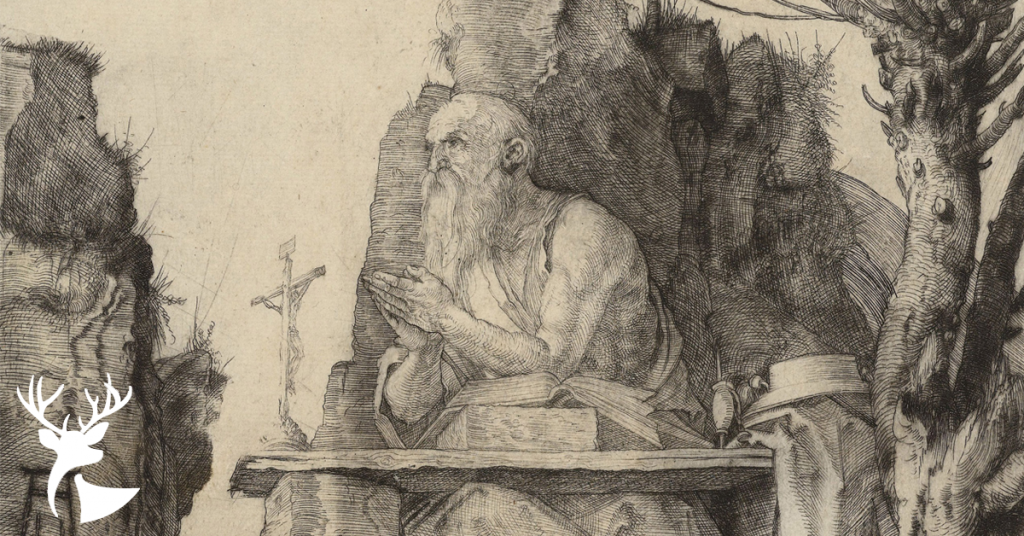 Of the many saints in the history of the Church, perhaps none have been so influential as St. Jerome. For the past 1,500 years (and even to this day), his Latin Vulgate has formed the spiritual life of the Church in the Mass, the Liturgy of the Hours, and through countless commentaries and devotional works. For these reasons, he was highly esteemed in the Middle Ages, especially as the patron of scriptural studies, but also as one of the “Four Doctors” or “Four Pillars” of the Western Church (along with Sts. Augustine, Ambrose, and Gregory the Great).

In more recent times, however, St. Jerome has been regarded as a bit too “rough around the edges”—a sort of “Oscar the Grouch” of Christianity. Of course, Jerome had such a reputation during his own time; his exacting critical methods, the harsh critiques of others’ work, and his passionate zeal for correcting erroneous scriptural passages won him many enemies. Even his correspondence with the great St. Augustine is, in many places, layered with varying degrees of tension and apparent strife. To many, Jerome can come across as (and is sometimes politely dismissed as) something of a “crabby old man.”

Such an appraisal, in my estimation, is far from accurate. Though blunt and (at times) quite forceful in his argumentation, St. Jerome has a far different side to him; this is most especially seen in his letters to women, or his consolatory letters to friends grieving loved ones. In such letters, we find a remarkable tenderness as Jerome conveys his affection for his friends, always seeking to direct them to God. In true priestly fashion, we see that Jerome is quite ready to adapt his tone, style, and diction to the particular needs of his audience; the staff to guide a wandering sheep, the rod to rebuke the prowling wolves. In some cases, however, even the sheep need the rod—such was the case with the young Heliodorus.

A promising novice whom Jerome knew, Heliodorus had decided to abandon his monastic vows and return to his secular life in Rome. St. Jerome, in his letter, begins by expressing his sorrow at Heliodorus’s departure, and recounting his deliberation about how to best express himself. But Jerome quickly passes over the pleasantries: “Offended love does well to be angry. You have spurned my petition; perhaps you will listen to my remonstrance. What keeps you, effeminate soldier, in your father's house?” Harsh words, perhaps—but they match the gravity of Heliodorus’s sin.

Jerome chastises Heliodorus for “abandoning his post” as an “enlisted soldier for Christ.” As a professed monk, Heliodorus has publicly promised (to Christ and His Church!) to live a life of penance, asceticism, and prayer. But now he has gone back on his vows—grave matter in any circumstance, but most especially a grave sin when committed against God Himself. So, St. Jerome’s excoriation of Heliodorus is not a result of ill-temper, but is an example of fraternal correction—a stinging antiseptic, but intended to call him to repentance.

Lest we think Jerome heartless, he goes on: “I am not ignorant of the fetters which you may plead as hindrances. My breast is not of iron nor my heart of stone. I was not born of flint or suckled by a tigress. I have passed through troubles like yours myself.” He goes on to recount the many pleas of family, old friends, and familiar folk who so often try to dissuade young novices to abandon their call to religious life. Christ Himself warned, “No one who puts a hand to the plow and looks back is fit for the service in the Kingdom of God” (Lk. 9:62). Jerome, speaking to the many who would hold back Heliodorus, echoes Christ’s injunction: “If they believe in Christ let them bid me God-speed, for I go to fight in His name. And if they do not believe, ‘let the dead bury their dead.’”

Jerome’s use of militaristic language may seem to us moderns a bit brash and “extremist”—but recall, Holy Scripture itself is full of such language, throughout the Old Testament into the New, from St. Paul to Revelation—even the words of Christ Himself. To St. Jerome, spiritual warfare is real, and though Heliodorus’s cowardice by no means entails a lost battle for Christ’s Kingdom, it does put Heliodorus at risk of forfeiting the spoils of battle—namely, an inheritance in Heaven.

Far from merely tearing down and belittling Heliodorus for his error, Jerome encourages him and bids him return: “I invite you now; come, and come quickly. Do not call to mind old ties; the desert is for those who have left all. Nor let the hardships of our former travels deter you. You believe in Christ, believe also in His words: ‘Seek ye first the kingdom of God and all these things shall be added unto you.’ Take neither scrip nor staff. He is rich enough who is poor — with Christ. […] My brother, it is affection which has urged me to speak thus; that you who now find the Christian life so hard may have your reward in that day.”

St. Jerome’s Letter 14 (to Heliodorus) provides an excellent window into the mind of the great saint. Throughout his writings, it is evident that much of Jerome’s “prickliness” stems from the fact that he finds many Christians lax in the practice of their faith. After the cessation of Roman persecution, and as it became socially acceptable (and even materially profitable) to become a Christian, mass “conversions” had filled the pure wheat-fields of the Church with so much chaff and tares. With the great “popularization” of Christianity came a general relaxation in the strictness of Christian observance, and many newly-professed Christians came to see the pious examples and ascetical practices of the Desert Fathers as unnecessary to the Christian life.

Such laxity in practice even threatened the purity of Church teaching. In Jerome’s Treatise on the Perpetual Virgin Mary, he responds (quite forcefully) to the heresies of Helvidius, who claimed—contrary to the Church—that Mary did not remain a virgin all her life. In his Against Jovinian, Jerome takes up the pen against Jovinian, who taught—against the words of St. Paul and Christ Himself—that celibacy afforded no advantages to the spiritual life over marriage. After himself emulating the ascetical life of Christ and seeing its benefits in his life (and the lives of the countless others he advised), it is a small wonder that St. Jerome was so zealous to promote the ascetic and monastic lifestyle—one which had served as a powerful model of holiness to Christians (and has for centuries).

If, then, we find St. Jerome’s writings to be “harsh” or “demanding,” we may do well to examine our own preconceptions of the Christian life. Rooted as he is in the biblical text, Jerome never bids us do anything that is not, in some way, contained in Scripture or enjoined directly by Christ. He hardly writes a thought without some reference to the written Tradition of the Church (an example for all of us to follow). His Treatises provide excellent rebuttals to Protestant talking-points, and his Letters contain inestimable treasures of both consolation and exhortation to any who are considering religious life.

The debt that the Church owes St. Jerome is immeasurable, and every faithful Catholic would do well to regard him as a dear friend in faith, a zealous ascetic, and a great defender of the Christian religious ideal.

006: Tulsa Time with Bishop Konderla – Contributing to the Life of the Church

Made for More – Exodus90

002: Tulsa Time with Bishop Konderla – Prayer and Inviting People Back to Holy Mass

What is the Eastern Oklahoma Catholic Podcast? 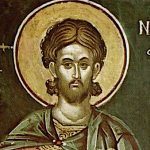