Returning to the Primary Sources of Wisdom

“I earnestly desire to inebriate others with the old wine of an even older learning”
—Bl. Alcuin of York 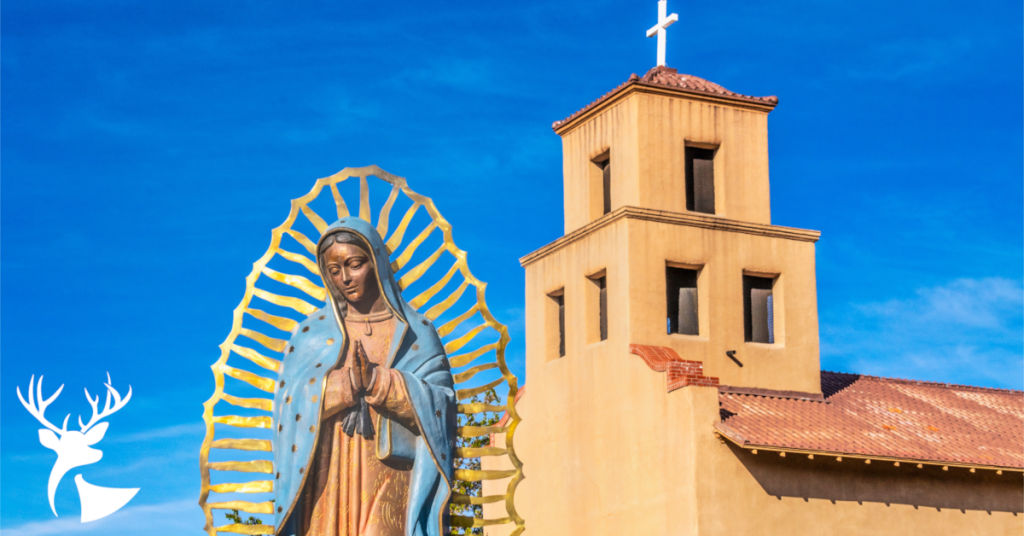 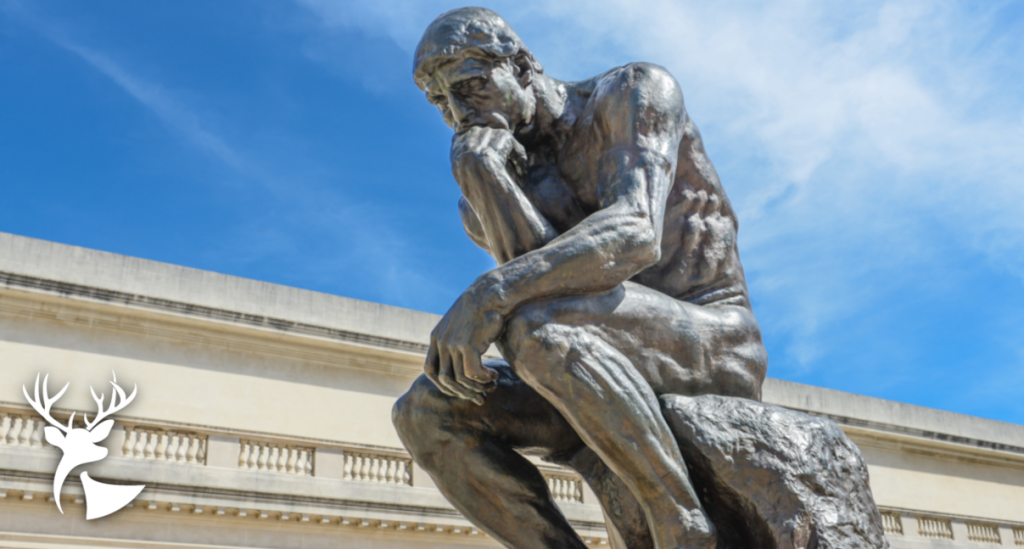 July 8, 2022 | 6–9pm | St. Anne's Catholic Church, Broken Arrow
Alcuin understood that the movement of the mind from a state of ignorance to a state of knowledge, though at times difficult, ought not be a cold, sterile, and impersonal act that hardens the soul. Education should instead resemble a well-planned meal, advancing from course to course, each plate preparing the next, in the end leaving the guest utterly satisfied, yet somehow desiring more. The pleasure of the feast is a result of the company kept and the food served. Alcuin maintained that the best intellectual diet consisted of ‘ancient’ fare, that is ‘toothsome food’ that has been proven to cause health and vitality.

The Alcuin Institute seeks to return to this kind of education, one that is at once broad and deep, yet light and whimsical, and thoroughly grounded in the primary sources of the Christian West; the deer and pheasant to be found in our very own precincts. Such a feast among friends in Christ is “the best that life can offer.” 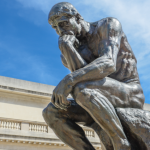 July 8, 2022 | 6–9pm | St. Anne's Catholic Church, Broken Arrow
Join us for food, drink, and fellowship hosted by The Alcuin Institute for Catholic Culture and St. Michael Catholic Radio! “Remember the former things of old” the Prophet Isaiah exhorts (46:9). But in our modernized, hyper-connected Internet age, the value of a good memory has been all but forgotten. In the world of TikTok, sound bites, and 280-character hot-takes, how are we to regain our lost ability to remember the most important things? Dr. Kevin Vost has rediscovered a powerful mnemonic method, invented by the ancient Greeks and perfected by medieval scholars. Now, he is showing 21st-century Catholics how to use it to recall everything from the Ten Commandments and Psalms to remembering information you need to explain and defend the Catholic Faith. Doors open at 6p, and the talk will begin at 7p. We will conclude with Q/A and a brief social at 8pm. Please contact Ms. Becky Holder at becky.holder@dioceseoftulsa.org with questions regarding childcare.

Dr. Kevin Vost has presented dozens of talks on all of his books at parish missions, home-school conferences, Theology on Taps, Legatus and other Catholic business organizations, college groups, men’s groups, women’s groups, youth groups, and seniors groups throughout the USA. 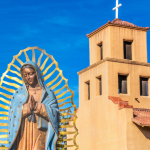 July 21–24, 2022 | All day | Santa Fe, New Mexico
Join the Alcuin Institute & Fr. Bryan Brooks as we pray, read, eat, and drink our way through New Mexico! Our quest to follow in the footsteps of the faithful priest Fr. Latour in Willa Cather’s Death Comes for the Archbishop will take us to many places in historic Santa Fe, including… 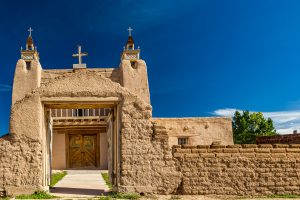 “Bishop Latour was riding through the mountains on his first official visit to Taos...” 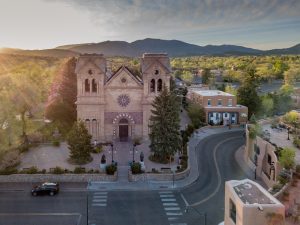 “Now that I have found exactly the stone I want, my Cathedral seems to me already begun.” 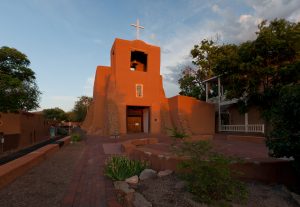 “I want a plain church, but I want a good one.”

Fill out the Pilgrimage Registration Form below to join us! For questions or more details, please contact Ms. Becky Holder at becky.holder@dioceseoftulsa.org

This pilgrimage is done in conjunction with: March 23, 2022 | 6 pm | Parish of Christ the King
Join the Alcuin Institute for one of our signature Socratic Convivia—our fancy way of saying food, friendship, and good conversation centered around a particular set of primary sources! In keeping with the Diocesan formation theme Revelation: Natural & Divine, we will take a look at various subjects such as the nature of truth, the harmony of faith and reason, the relationship between Sacred Scripture and Sacred Tradition, and the tensions that seem to exist between faith and the findings of modern science. In this first gathering, we will take a look at some texts from classic thinkers such as Aristotle, St. Thomas Aquinas, and St. Augustine, as well as some more contemporary Catholics such as Paul VI, Frank Sheed, and Benedict XVI. Our hope is that, as we read these texts and engage in discussion, we'll be able to learn more about four central elements of God's revelation to man: As always, our conversation will be augmented with an abundance of fine food and drink, so invite a friend and “come, let us reason together!” Thursdays | 6:30–8pm | Chancery Offices, Broken Arrow
Latin is the language of both Western Civilization (Greek is a close second) and the Catholic Church. To know Latin is to know and understand Western Civilization from within and to better understand the mind, heart and voice of the Church. Contrary to common thought, Latin is not a dead language; it is meant to be spoken. All languages are meant to be spoken, not translated from a textbook. The Latin etymology of the word “language” is lingua which means tongue. Tongues speak and you can even “speak in tongues,” but textbooks don’t have tongues and therefore are dead. Thus, one can argue that textbooks are deadly (but that is a rather morbid topic). Since it's not possible to meet daily, which is the best way to learn a language, the Alcuin Institute for Catholic Culture, in conjunction with the Diocese of Tulsa and Eastern Oklahoma, is offering a once-a-week, 90-minute Latin instruction session with instructor Mr. David Dean, Superintendent of Catholic Schools for the Diocese of Tulsa and Eastern Oklahoma. Mr. Dean has taught Latin with the oral method for more than 30 years. The class will begin with the oral method for two weeks or more, then (with some remorse) move to a textbook—although still engaging in oral practice and recitation. Though difficult to learn any language with only one class a week, the benefit to studying Latin (and particularly Ecclesiastical Latin) is that it is more recognizable for those who have heard Gregorian Chant or the great hymns that have been composed for the Church. Mirabile dictu, Latin will lift your hearts, Sursum corda, minds and imaginations upwards! It is the lingua angelorum, thus making all other languages the linguae barbaricae. If you don’t understand these Latin words, use your imagination! It is good to be confused for a time! Learning Latin helps you to enhance your vocabulary, think more logically, improve your knowledge of history but most importantly, it is good for its own sake, for goodness sake! Please contact Mr. David Dean at david.dean@dioceseoftulsa.org if you are interested in attending. Classes meet weekly at the Chancery Offices in Broken Arrow on Thursdays, 6:30-8pm, beginning on September 9th and continuing through December 9th. The cost of the course (including provided texts) is $50.00. September 17, 2021 | 6–7:30pm | St. Anne's Catholic Church
Join the Alcuin Institute on September 17th to hear Bishop Konderla give his annual Inaugural Address to teachers! Bishop David Konderla will be speaking on the subject of God and His relationship to time, arguing that “the truths of faith and the facts of science cannot be in conflict with each other; for God is the Author of both.” Brief socials will precede and follow Bishop’s talk, so please join us for this great night of fellowship as we kick off the new academic year!

“Gird up your loins now, like a man; I will question you, and you tell me the answers! Where were you when I founded the earth? Tell me, if you have understanding. Who determined its size? Surely you know? Who stretched out the measuring line for it? Into what were its pedestals sunk, and who laid its cornerstone, while the morning stars sang together and all the sons of God shouted for joy?” | 7–9 pm | Chancery Offices, Broken Arrow
The founders of the 16th century Protestant movement and the 18th century French Enlightenment both maintained that faith and reason are irreconcilably opposed. The conflict between fideism and rationalism, which erupted in the French Revolution, is the origin of the modern secular state that casts its shadow across the West. But the Roman Catholic Church has taught since ancient times that faith and reason are both from God, who is Truth itself, and truth cannot contradict Truth. The Eternal Light of God was made flesh in “ the fullness of time,” when the ancient Greek and Roman reason-based philosophy reached its apex, and its limit, anticipating the fullness of Revelation. Modern science was sprung from the natural philosophy of the Medieval Church that serves as a foundation to natural theology. Vatican I solemnly defined the natural knowability of God; that is, man’s ability to know God’s existence and his properties with certitude by reason alone. In this short course, we will look at how philosophy and science enable us to know the preambula fidei—the culmination of reason’s investigation into truth about the cosmos and its Creator —as we explore St. Thomas’ Treatise on the One God. Please contact Mr. Eli Stone at eli.stone@dioceseoftulsa.org if you are interested in attending. This 8-week course, taught by Mr. William Dunn, meets every Wednesday at the Chancery Offices in Broken Arrow, 7:00-8:30pm, beginning on October 6th and continuing through November 24th. The course is free to attend, and will use the Summa Theologiae of St. Thomas Aquinas as a primary reading source. October 7, 2021 | 5:30–8 pm | Holy Family Cathedral
Christ’s kingdom is not like Caesar’s; it is not like the kingdoms of the world. But this does not mean that it leaves these kingdoms alone to dominate the lives of humanity. Rather, the reality of the crucifixion and resurrection and their recapitulation in the lives of the faithful, most spectacularly through martyrdom, undoes the very foundations of tyrannical power. Christianity overcomes fear through hope, and the powers of the world rule only through fear. This talk begins in the New Testament, moves through the age of Roman martyrdom, and through to the thought of St. Thomas Aquinas, with an eye always toward our current predicament. Join the Alcuin Institute on October 7th for our annual Bl. Alcuin of York Lecture & Award Ceremony! This year, we are honoring Dr. Andrew Willard Jones, who will in turn honor us with a lecture entitled “The Weakness of Caesar and the Power of the Cross: How Martyrdom Defeats Tyrants.” The event will begin with Mass at 5:00pm, followed by a social, dinner, lecture, and the presentation of our signature Our Lady of Victory Medal. We hope you will be able to join us as we honor a robust Catholic thinker and his promotion of Catholic culture! Andrew Willard Jones is the Director of Catholic Studies at Franciscan University and is a founding editor of the website and journal, New Polity. He is the author of Before Church and State: A Study of Social Order in the Sacramental Kingdom of St. Louis IX and most recently of The Two Cities: A History of Christian Politics. Andrew’s work focuses on a re-evaluation of our current social predicament through an authentically Catholic vision of reality. Andrew was raised in Washington State, attended Hillsdale College, earning degrees in history and economics, followed by a PhD in Medieval Church history from St. Louis University. He lives in Steubenville with his wife, Sara, and their nine kids.
Load More
Tweet
Share
Share