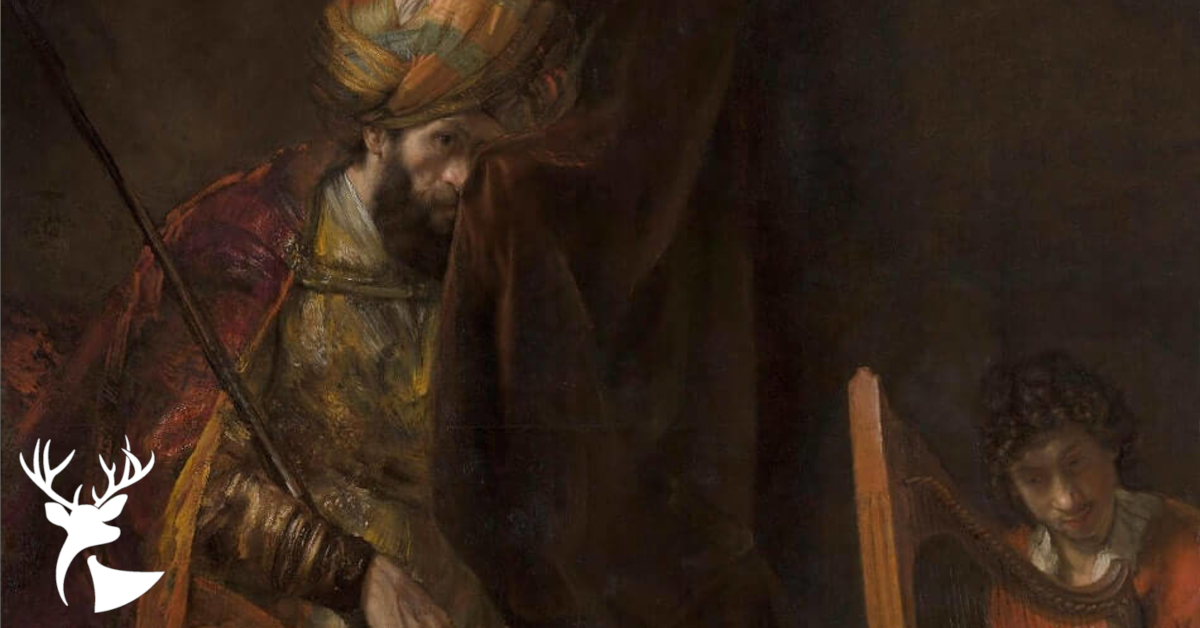 The happiest of all your letters has reached me…it admonished me to mix a sweet melody of versifying amidst the horrible din of clashing weapons and raucous blare of trumpets, since a sweet and gentle musical refrain can mollify the savage impulses of the mind.

—Bl. Alcuin of York
Epistle 149 (to Charlemagne the Great)

In tribute to our patron and in honor of his feast day on May 19, I would like to reflect on what philosophic wisdom Bl. Alcuin of York has to offer as we ponder the mystery of the human person. Unlike many of the Fathers that we have already turned to in this series, little secondary literature has been written on Alcuin; and almost none has been penned detailing his anthropology. Thankfully a large body of his writing has been preserved which we can draw from, much of which are personal letters written to friends.I recently came across one such letter that Alcuin penned in the summer of 798 AD. The letter is addressed to “his sweetest and most truly beloved lord” Emperor Charlemagne, and it is obvious from the context that Alcuin is responding to an earlier letter that he had received from Charlemagne. In this letter you find typical platitudes shared among friends, some interesting replies to various astronomical queries by Charlemagne, and a unique request for Alcuin to quickly compose some music for his use. It is this latter request for music that I would like to consider, since I believe it touches upon Alcuin’s vision of the human person.

To understand this seemingly odd request for music, a brief historical sketch of the Battle of Bornhӧved is in order, since it is the immediate backdrop of the exchange of letters between Alcuin and Charlemagne. The historian C. S. Jaegar recounts that in early spring of 798 AD, the Saxons—sore about a number of harsh edicts and a string of embarrassing military defeats—seized and murdered a few of Charlemagne’s diplomats. In outrage, Charlemagne responded by leading a destructive and harsh campaign keen on finally subduing the unruly and defiant ‘Northerners.’ Charlemagne amassed his army and burned and killed his way north finally pinning the Saxon army on the banks of the Schwentine River. There, Charlemagne and his men slaughtered some 4000 Saxons, turning the waters of the Schwentine red with blood. Those that fled were hunted down and slaughtered; no mercy was granted to the wounded; it was a decisive and complete routing for Charlemagne and the Franks.

It is precisely in this military context, namely the “clashing weapons and raucous blare of trumpets,” that Charlemagne asks his friend for a “sweet and gentle musical refrain.” Alcuin’s letter suggests that Charlemagne’s immediate request is on behalf of his soldiers—affectionally referred to as “his boys”—who, having returned from the killing frenzy, needed the lull of music to temper their raging passions. One can easily imagine the soldiers returning to camp from the battlefield, the stench of death still on them and the pleas for mercy not-granted still ringing in their ears, needing somehow to make the transition from savage warrior to well-mannered Christian. The trauma and violence of the battle did not make such a transition easy. Alcuin’s response also leaves open the interpretative possibility that Charlemagne wished not only the “fierceness of the boys” to be “softened by song,” but his own conscience needed soothing as well.

I believe that this request and Alcuin’s willingness to rearrange his busy schedule in order to compose a musical arrangement reveals three essential and perennial truths about the nature of the human person. The first truth made manifest in this exchange is the disordered lust for power (what Augustine calls the “libido dominandi”) that adversely affects all persons, including Charlemagne. As a result of original sin, the intellect is no longer content on placing itself under the rightful authority of God and His Church, but now the mind seeks opportunities to exercise undue—or what Alcuin calls “savage”—authority over others. In this context Alcuin is aware that Charlemagne’s brutal conquest of Saxony is not a result of a mind animated by “wholesome counsel.” Rather, Charlemagne’s mind is “rasped with anger” and seeks not the “prudent…middle path” or the “wise temperance [that] should rule and govern all things.” This rebellious tendency of the mind adversely motivated Charlemagne in his quest for power and control, and, if we are being honest, we see the same tendencies of rebellion in our own relationships: both human and divine.

The second truth concerning human nature communicated in Alcuin’s letter is that man is much more than an immaterial being with a mind. He is a composite thing—a hybrid of sorts—consisting of a mind and a body. This body is often motivated by certain vehement passions or emotions that can cause us to act in ways contrary to how one ought to act. Charlemagne’s “boys,” upon returning from battle, are unable to temper their military ferocity. Skirmishes and fights must have been boiling over into the camp as enkindled passions—instead of reasoned acts—influenced their interactions with one another. Most of us have not been required to manage the trauma of war, but we all have experienced the discomfiture and divisiveness of unchecked and unruly emotions or passions in our lives.

The third and final lesson about the human person to be garnered from Alcuin’s letter is that real friendships are an absolute necessity for virtuous living. Charlemagne reaches out to his friend and mentor in his time of need and Alcuin responds: “I shall…proceed to carry out faithfully and all urgency what your sweetest authority has deigned to demand of me.” Alcuin is clear that his willingness to complete the task requested is not due to either political loyalty or fear, but because of the “sacred law of friendship” that compels him to “to keep the soul of a friend intact.” In other words, a friend, according to Alcuin, is someone who desires and strives for the authentic happiness of the other. In fact, Alcuin defines a friend as a “custodian of the soul.” Such a definition implies a relationship of necessity. A friend accordingly is essential (he/she is not merely useful or pleasant) for the full flourishing of the individual, both bodily and spiritually.

What I find particularly interesting in all of this is that both Alcuin and Charlemagne seem to suggest that music—and the creation of music in particular—is a unique cure to the disorders of the mind and the emotions and an effective conduit for the cultivation of friendships. It seems that music can “soothe the ungentle mind” by the logistical harmony of music. Hearing or playing or composing good music reorients the mind to the logic of creation, which in turn allows the mind to rest in its proper place thus nullifying the lust for power. Similarly, music by its very “sweetness” is also capable of “dampening swelling rage.” Disordered passions are ordered, suggests Alcuin, not by words which have their limit, but by music which softens hearts and restores peace in the soul. Lastly, notice how it is a discussion about music that is the very context for the correspondence between these two great friends. Their mutual love for music and their appreciation for its medicinal power causes them to bind themselves ever more closely to one another in filial piety.

In our own modern day, we are often besieged with the same “swelling rage and…idle mind” that inflicted poor Charlemagne and his boys. Couple this with the seemingly universal absence of authentic friendships and modern man is poorly equipped to arrive at that happiness that we all so desperately seek. Perhaps now then is time for a cultural renewal in the musical arts. A concentrated effort to revive in our homes and schools inspiring music that calms the passions, informs the mind, and binds us all together in lasting friendships.

Dr. Richard Meloche serves as the President of the Alcuin Institute for Catholic Culture.

← On Aslan, the Holy Spirit, and Lifeless SoulsOn King Arthur & the Woman with the Issue of Blood →