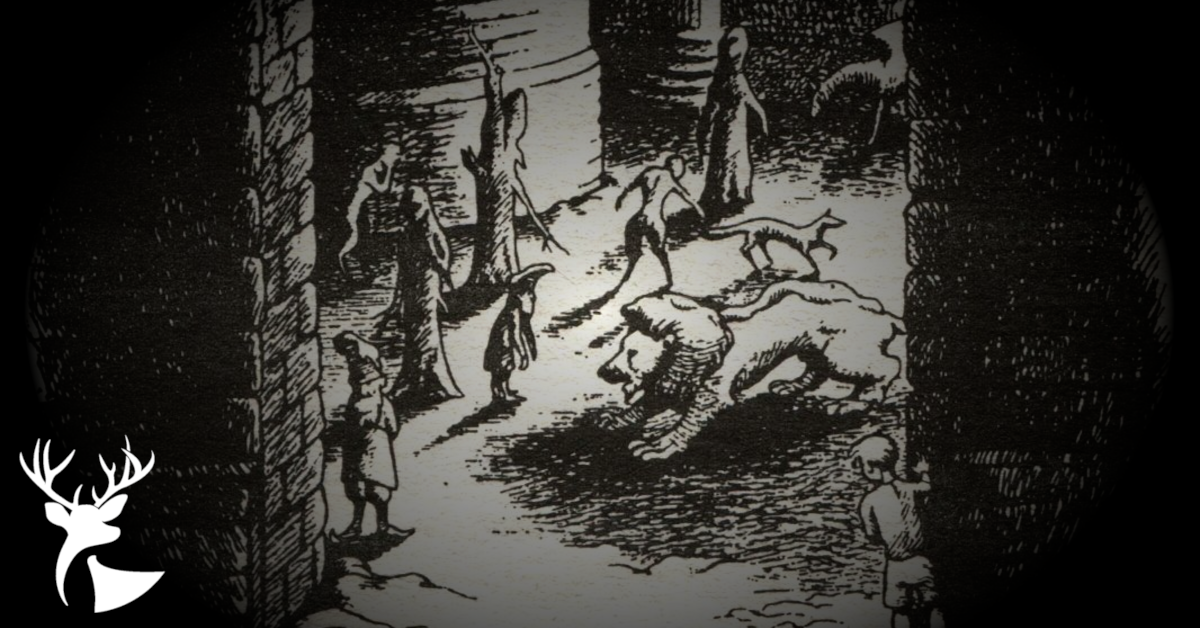 During World War II, the Pevensie children flee to the English countryside to escape the Nazi air raids on London. The children – Peter, Susan, Edmund, and Lucy – are the guests of an eccentric but kind professor who welcomes them to his large country estate. One day, as the children are playing in the old house, the youngest child, Lucy, stumbles through the back of a wardrobe and enters into an enchanted land filled with mythological creatures and adventure.

The children come to know the land as Narnia, and that Narnia is held under the wicked rule of the White Witch, a tyrant who has cast a spell over Narnia to make it always winter but never Christmas. Yet, through their relationship with a couple of talkative beavers, the children come to understand that Aslan, the lion, has returned to Narnia to liberate it from the perpetual winter of the White Witch. Through a series of charming adventures, the children join forces with Aslan; yet, Aslan’s victory over the Witch is not what they expect.

Where they expect him to be a military hero, to find victory in power and conquest, Aslan instead offers himself as a willing victim, a sacrifice, to save the life of another. He lays down his life, and in that ultimate act of love, he is able to receive his life again. It is only in the death and resurrection of Aslan that Narnia finds its ultimate victory over the evil of the White Witch.

C.S. Lewis’ 1950 classic The Lion, the Witch, and the Wardrobe has an enduring value for children, because it serves as an excellent introduce for their young minds to the concept of allegory. Habituating a child’s intellect to note the signs of allegory amongst the literal text is a great service to them. It stretches their imagination to observe the layers of a text, and to have patience in unfolding a narrative. In understanding the signs and symbols of the death and resurrection of Aslan, they may grasp a deeper understanding of the death and resurrection of our Lord. Just as Aslan died to liberate Narnia from the power of the White Witch, so too did Christ die to liberate us from Satan, the prince of this world, and the power of sin and death.

Yet, there is another interplay between Aslan and the White Witch that serves to teach us a truth about Jesus Christ. The White Witch’s ultimate power is to turn people to stone. Toward the end of the narrative when Narnia is fighting for its freedom, the resurrected Aslan visits the castle of the White Witch, and there he finds a great number of poor creatures turned to stone adorning the courtyard like statues. It is there that Aslan breathes on them and restores them to life.

The souls in Narnia being turned to stone by the evil of the White Witch serves as an analogue to the effect of sin upon our own souls. [...] Like the souls turned to stone in Narnia, mortal sin causes our soul to become inanimate or lifeless.

Today’s Gospel is the key to understanding this text. For in the Pentecost of St. John, we see the resurrected Christ breathing the Holy Spirit upon his disciples telling them they have the power to retain and to forgive sins. This passage, as taught by our Church at the Council of Trent, is the basis for the Sacrament of Confession – that Christ gave the Apostles the power to forgive sins and that this power continues to reside in the Catholic priesthood.

In Latin, the soul is called anima and it is from this word that we derive words such as animation or animal – something that has an anima is something that moves, it has life, it is animated, just like if something does not have life, like a table or a stone, it is called inanimate – without an anima.

The souls in Narnia being turned to stone by the evil of the White Witch serves as an analogue to the effect of sin upon our own souls. The Church teaches there are two types of sin: venial sins that wound our life with Christ but do not kill and mortal sins that do kill our life with Christ and separate us from Him. Like the souls turned to stone in Narnia, mortal sin causes our soul to become inanimate or lifeless.

But, just as Aslan entered the domain of the White Witch and breathed life into those turned to stone, so too can a priest, by the power of the Holy Spirit, breathe new life into a soul in the Sacrament of Confession. God’s mercy is always greater than our sin – if only we would humble ourselves and ask for forgiveness.

As we enter into this great Solemnity of Pentecost, if you have been away from the Sacrament of Confession, consider returning to have new life breathed into you – to experience the sanctifying grace that reanimates our souls and makes them holy and pleasing to God.

Given the twenty-third of May, 2021
on the Solemnity of Pentecost
at the Parish of Christ the King, Tulsa, Oklahoma.

Dcn. Harrison Garlick serves as the Chancellor for the Diocese of Tulsa and is a Great Books tutor for the Alcuin Institute for Catholic Culture.

← Alcuin & the Power of MusicFaith of Our Fathers: Bl. Alcuin of York →