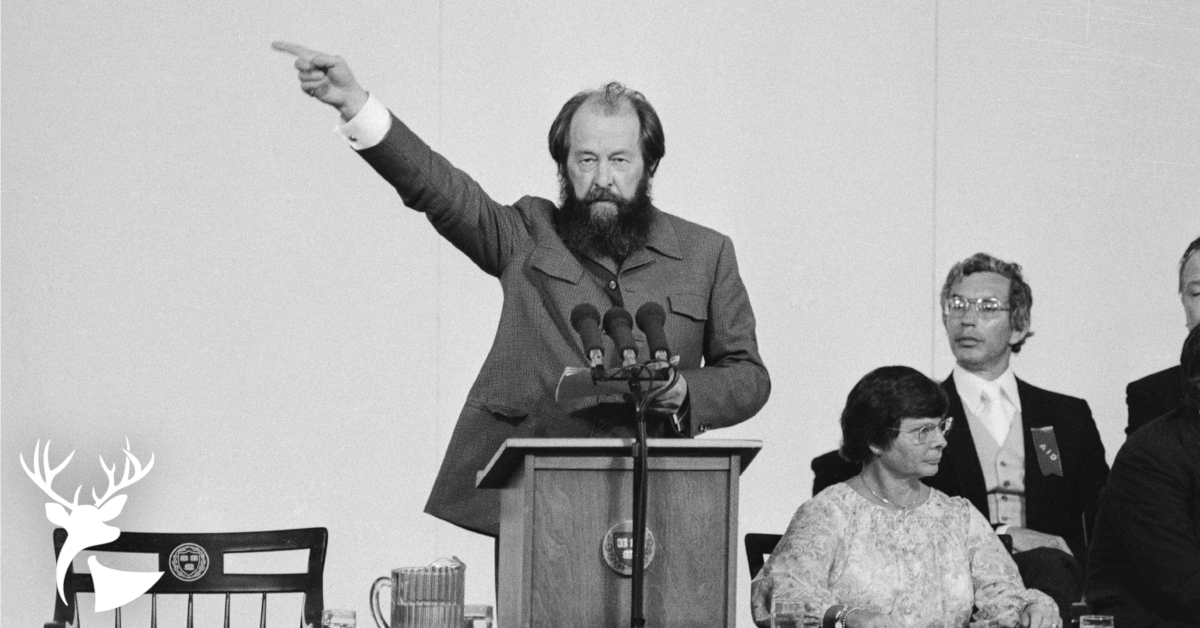 
Given on Sunday, May 22rd, 2022, the 6th Sunday of Easter, at the Parish of Christ the King in Tulsa, Oklahoma

Given on Sunday, May 22rd, 2022, the 6th Sunday of Easter, at the Parish of Christ the King in Tulsa, Oklahoma

Aleksandr Solzhenitsyn stood before 20,000 people at the 1978 Harvard graduation ceremony. Aleksandr, a Russian, had spent ten years of hard labor in the Soviet gulags on trumped up charges before fleeing to the United States. He had risen to fame in the West by shining a light on Soviet atrocities through his writings, such as The Gulag Archipelago, a true accounting of those who endured the inhumanity of the Soviet labor camps. Thus, as he stood before Harvard University, he was expected to lambaste the Soviets and praise the West, especially the United States, in which he had found refuge. Yet, Aleksandr took an unexpected turn. While he certainly lamented the suffering of his homeland under the Soviets, he took up the question of whether he would recommend the West as a model for his home country—he answered “no.” Shocking his audience, he further explained that under the West men and women had become fractured, atomized, and subject to a false freedom. He observed that this false sense of freedom had taught mankind that there was no “higher force” above him—that man was an autonomous moral universe. It was a freedom that would end in ruin. The disease Aleksandr diagnosed in the late 1970s has only metastasized and increased in severity. For us, as moderns and Americans, the concept of freedom means a lack of restraint and a plurality of options for our own self-creation. The more choices we have, the more freedom we believe we have. Thus, our modern age tells us that we are the most freewhen we have the most choices to pursue what we desire. Most notably, this modern notion of freedom is almost entirely removed from considerations of what is good or bad. Freedom is just about choice—what is good or bad is relative to each individual. This notion of freedom would have been incomprehensible to the ancient Greeks and Romans and our own Early Church Fathers. The ancient notion of freedom was not about maximizing choice but was rather about self-discipline. Freedom, for the ancients, meant cultivating a self-governance that freed you from our inclination toward evil and disorder. True freedom was cultivated in a person by practicing virtue. In fact, the original meaning of the liberal arts was an education that freed you to pursue the good, the beautiful, and the true. Freedom meant you were free to choose what was good and you had that interior freedom by the virtue of self-governance and self-control. You were the master of your passions and desires—not the other way around. If freedom truly is the ability to choose what is good and beautiful in this life, then to choose what is evil cannot be an act of authentic freedom. Here, we see the ancient understanding of freedom at work in the New Testament. As St. Paul tells us, to sin is not an expression of our freedom but rather of slavery. He who sins is not free. If we use our freedom to choose gossip, to amass material goods, to consume pornography, to lie, and to pursue what we deem good over what is truly good, God—then we are not free persons but slaves. We are, in fact, the most free when we pursue what is the most good—God. We are the most free when we are detached from sin and choose what is good, beautiful, and true. Let us not fall prey to the false freedom of our age. What the world praises as freedom is slavery. Let us truly be free in Jesus Christ by exercising self-governance by disciplining our desires and cultivating virtues. 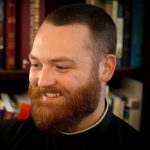